We serve Oakville, Mississauga and Burlington

A group of Italian neuroscientists (Buccino et al 2003) had inserted tiny electrodes into a monkey’s individual neurons of the cortex, in order to ‘listen’ and map out the monkey’s brain cell activity. They were able to exactly identify the neurons that fired when the monkey used his hands specifically for eating.

When the scientists took a lunch break from all that rigorous data collection, they forgot to turn off the electrodes; meanwhile the monkey was eagerly looking at them.

To the scientists’ surprise every time they took food into their own mouth, the electrodes fired …the same brain cells activated similar to when the monkey was taking food into it’s own mouth. If the scientists just moved their hands to do something else, nothing happened.

Since then there have been dozens of papers on ‘mirror neurons’, but still the studies are at their infancy stage.

So How Does This Help Us?

We have known for a while that vividly imagining a movement task can activate the brain quite similar to actually doing the task. 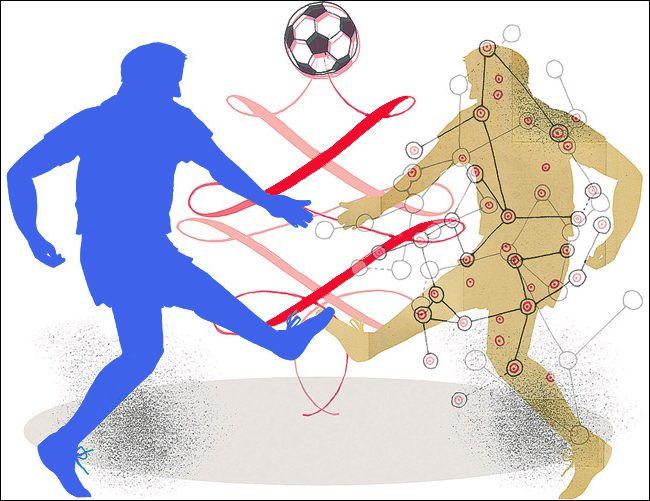 We use this in Physiotherapy to assist our clients achieve faster and better results.  This can be done to improve function, improve mechanics and also for the athlete to prevent loss of skill during rehabilitation.

What if you had pain and winced everytime you thought of moving your arm?  This could lead to a change at the brain level and alter your mechanics causing more problems.   When pain exists with movement, think instead of the movement without pain.  Think of doing a task painfree – the full task.  Over time, this may help with your therapy and get you back to your activity faster.

The question remains, if I watched the World Juniors (Congratulations to us), does this mean that I’ll become a better hockey player…I doubt it, but I’ll need to watch more hockey to know for sure…:)

3 Tips Before You Hit The Asphalt. THE Marathon!
FREE BARRE CLASS
How Does F45 Training Complement Sports Medicine?
Happy Holidays
Excuses, excuses...
Prevention & Treatment of Groin Injuries in Athletes
Pain, Pain, Go Away
Your Brain Benefits From Workouts Too!